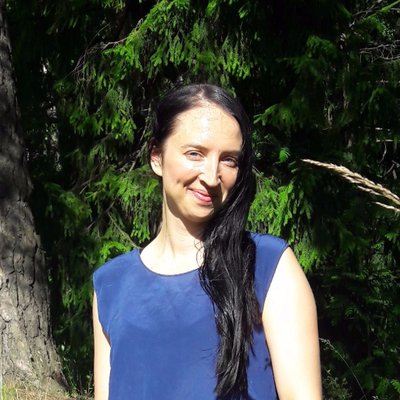 Who dares to charge when power lines are burning red?

The more I think about the issue of demand management (demand side management, load shifting, postponing consumption etc.), the more I end up concluding that the tools or offers existing aren’t powerful enough. Taking into consideration the importance of peak-balancing now, when more and more renewables are fluctuating in the grids. Please challenge me, but after decades of hustling about smart consumers, smart grids and smart markets, we are still in the situation where only a fraction of domestic loads that could easily do the job (such as electric heaters that could run later, without inhabitants noticing anything) are properly employed to this task. Let alone anything more complex that would requires changes in people’s routines.

I would argue that us, here in the affluent and energy-intensive north, should adjust to the pains of power system one step more concretely than we currently do. Remember 15 January 2021, when Finland’s transmission system operator (TSO) Fingrid announced that that our cross-borders transmission lines are “burning red”[1] because of power imports? It was -20 degrees Celsius and Finland consumed over 50% more power that morning than in an average hour of the year [2]. Houses need to be heated, that’s for sure. But also all other electricity consumption (entertainment, washing, device charging etc.) kept on going as any other day. There was no talk about saving. On the contrary, I am sure also many electric saunas were heated up. Why?

I believe that people could be more broadly incentivized to doing sauna later. Incentives and positive encouragement have psychologically different impact than penalties, especially if the penalty arrives late. About 10% of Finns have selected a market-priced electricity contract and they surely were penalized for their January 15th consumption and had to pay extra. But the problem is that these people received their higher bills weeks or months later, which is too late from January’s perspective (when we should have been saving energy). Furthermore, as hard days are not pinpointed in invoices (why not?), many probably remained unaware of January’s system problems.

Potentially thousands of regular citizen could engage themselves in helping the grid, if they just were engaged appropriately and informed in time. More and more of us are concerned over the state of the planet and want to use eco-efficient energy. Therefore, where are the “help the power system” campaigns and programmes? Or where are contracts with bill reductions for people who offer to reduce consumption in hard days? For example, a reduction of X% to average consumption could bring a Y €/% reduction to the next electricity bill. Such peak-time rebate tariffs have been trialled at least in New Orleans with quite a success and good customer satisfaction[3].

Still, much demand flexibility and price innovation serves the industrial sector (understandably, due to higher industry loads) while family consumer engagement is considered comparably irrelevant. But we should cease to think that way. With the march of electric vehicle (EV) chargers into the private parking lots, regular household’s engagement becomes vital. If nobody bothers involving EV drivers, we might end up in troubles. Imagine a queue of commuters-on-wheel arriving home from work at 5 PM and everybody plugging their vehicles into their home charging stations simultaneously. One charger in alternating current (AC) mode with a longer charging time consumes typically 11 kW. But one fast direct fast (DC) charger might absorb up to 150 kW [4] [5] power which equals to a simultaneous draw of 75 sauna stoves (à 2 kW)! How many extra fossil engines need to be initiated to cover such afternoon peaks? How much CO2 emissions result from required extra (coal) power imported from somewhere in Europe or Russia to feed fast these hungry vehicles?[6]

A relieving idea to me is that Finns’ minds have an ingrained idea of night electricity: use heavy loads should in principle be targeted to night times because electricity tends to be cheaper at night. As a matter of fact, night electricity is still probably the most wide-spread demand management mechanism adopted by domestic customers. Night electricity type of contracts have over 30 years of tradition in Finland. Let’s keep this good energy practice! Therefore I think that learning to choose appropriately scheduled (AC) charging over dirty charging might not be a problem for Finnish people. From this background, I believe it is also possible to successfully introduce new demand management incentives or mechanisms that would better tackle grid unsustainability problems of today.

Lastly, the impacts of these heavy collective peaks are not only environmental, but are concerning also from social justice perspectives. Intensive peaks might locally require strengthening existing power distribution infrastructures, which is costly. Usually, grid infrastructure costs are allocated more or less equally for all network customers. Is this fair? In the worst case we end up to yet another wave of distribution price increases where benefits are picked by a minority (EV drivers) but expenses are paid by all. Finnish customers in many regions might not accept that, since distribution prices have increased tens of percent within past five years, after grid companies were imposed stricter reliability requirements by the parliament. Hopefully, the debates will not remain limited to who pays for charging boxes, but would include also broader energy system and energy justice issues.

These reflections emerge from our research with prof Mikko Jalas on infrastructure services in electricity and transport sectors. An article on dynamic pricing tariffs and related justice implications is coming up [7].

[6] Consumption in energy (kWh) terms are also significant, and can easily double a small households’ electricity consumption. A conservative assumption of 10000 km/year driving within-city results to 1500 kWh/year (average EV consumes 15 kWh/100 km, but more in cold temperatures and with higher velocities). 1500 kWh is a typical elecrical energy consumed annually by a tiny one-person apartment flat (without electrical heating or sauna). So the total electricity requirement by 700 000 EVs circulating in Finland by 2030 according to the government’s plan equals to ~1 GWh, assuming the above-described driving patterns.

[7] M. Jalas & S. Numminen, “Prime-time Access for whom? Reshaping the Rhythms of Consumption of Electricity and Road Infrastructures Through dynamic Pricing and Peak-time Charges” (under peer-review), 2021.